The Request:
Create three videos that teach important topics, but make them engaging and sharable (ie. make them not suck).

This isn't your grandmother's animation. 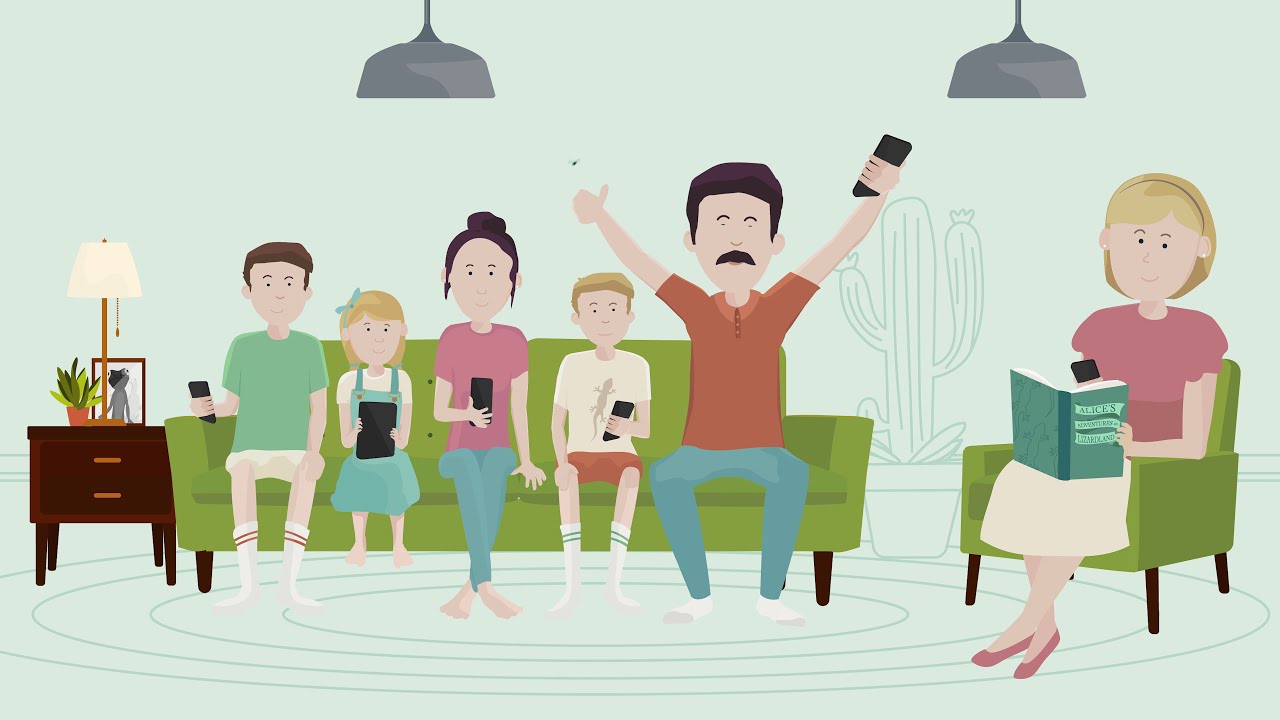 This project started off how most of our favorite projects do: a potential client had a video need and found our unique approach and something clicked. We had worked with others at WPPI years before this project on something more documentary-style, so they were aware of us. When they reached out to discuss the project we immediately connected on a creative level. “We have to make this unique and interesting because this stuff can often be super boring” was what we came to realize.

After the high-fiving was out of the way, we realized we actually had to figure out how to make the content interesting. WPPI wanted to help educate their clients in three areas: 1) how ‘Time of Use’ works, 2) ‘Where power comes from’, 3) ‘What happens in a power outage.’ At first blush, these topics seem like real snores, but the second you go beyond the title you realize that there is a breadth of the story here that can engage and educate. Just think about popular tv out there: How it’s Made, Modern Marvels, Dirty Jobs. These are all shows about how fascinating simple things can be. They have mastered the art of telling compelling stories about mundane objects and ideas.

With this in mind, we dug into the three areas to figure out what made them interesting. With ‘Time of Use’ the bottom line is that it can save you money, and that means you could have more money for that vacation you’ve always wanted to go on! For ‘Where power comes from,’ we realized we needed to incorporate a fun storytelling technique to help with the dense topic. We drew heavily from the old Disney Goofy explainer videos. See the Goofy video below.

For ‘What happens in a power outage’ we went way out of the box and brought in an element of mystery to the story. ‘What is that on the kid’s shirt,’ ‘Was that a tail behind the couch,’ ‘Did someone just eat a bug,’ ‘What the heck is going on.’ We wanted to engage and entertain while also sharing some of the simple information about the situation.

With these three theme considerations, we set to work. 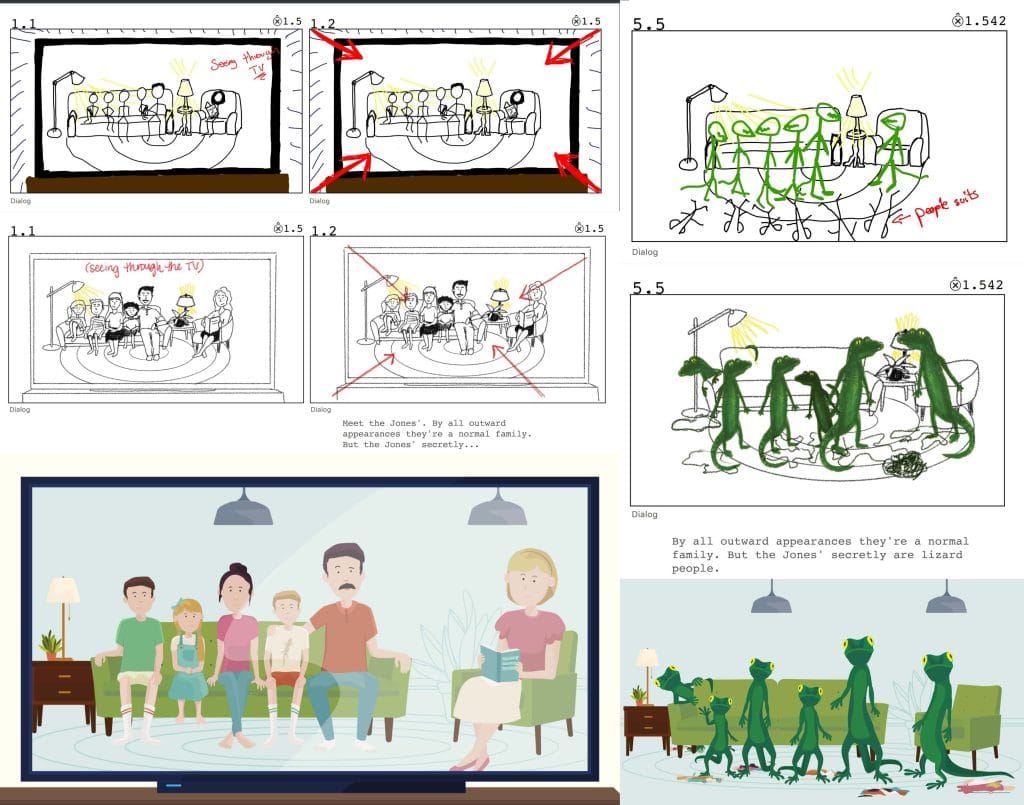 To achieve this kind of storytelling we had to bring the full production team together. Ryan was the creative director and writer, Hannah the designer, Jeff the animator and editor, and John provided additional writing and creative support.

We started with a script. Ryan took the three concepts and themes and took the first pass at the script. This was then reviewed by the client and edited to make sure the educational components were accurate.

Once the was dialed in and approved by the client, we took it to our first rough sketches. Ryan started the process off by creating rough sketches for the major scenes and moments of the script. These sketches were reviewed by the Backflip creative team and the second round of sketches was made.

With the approval of the internal creative team, we turned the sketches over to Hannah for storyboards that can be shared with the client. At the point that the storyboard and script were approved, we were able to begin our hunt for the perfect VO for each piece.

After a few rounds of dialing in the storyboards, we’re ready to move to asset creation. Hannah took each frame of the storyboard and created Illustrator files that had everything broken out into its own vector. Again we went through a round of approval to make sure our tone and style were what our creative team and the client had envisioned.

With the script, storyboard, and asset approval we were able to get the voiceover. Once we had the voiceover, Jeff was able to start animating and editing with all the assets. The animation process was very similar to every stage before: rough, approval, fine, approval, final, tweaks, approval, etc. To describe and showcase that process we’d need another entire post. We’ll just skip ahead and say much animating happened and much coffee was consumed.

Now an important question to ask is ‘What is this all for,’ or ‘Did it work?’ and these are great questions. We can put all the time in the world into a project but if it doesn’t resonate then we didn’t do what we set out to do. First, you should see for yourself the products to make up your own opinion on if we achieved what we set out to. You can find the videos on our YouTube page or by clicking here:

We’ve also reached out to the client for the anecdotal and statistical feedback they have on this project. This post will be updated once we have that information.